Welcome to the Home of Bestselling Author Sean Lynch 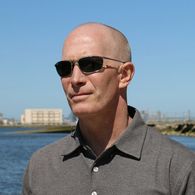 If you like your crime fiction sunny side up, this may not be the place for you. Crack open a Sean Lynch novel and you’ll enter a world populated by two kinds of people; predators and prey. A place where hidden behind the trappings of everyday suburban life lurks a lethal hunting ground. A place where the innocent and not-so-innocent alike meet face-to-face with primeval malevolence. And a place where an ordinary, uneventful day can become a life-changing ordeal in the time it takes to squeeze a trigger.

Sean Lynch was born and raised in Iowa, and spent nearly three decades as a police officer in Northern California. He is currently at work on his next novel.

Sean is represented by Scott Miller of Trident Media Group.